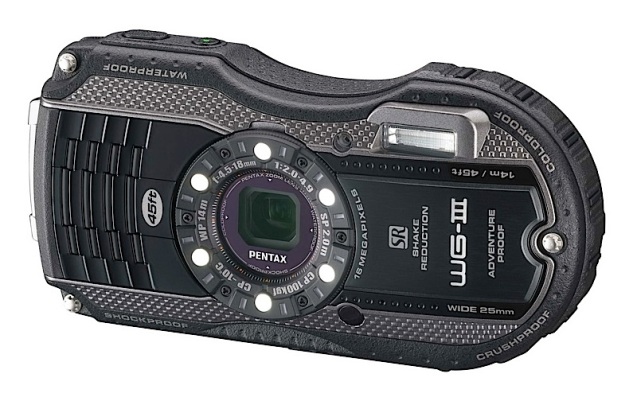 The Pentax Optio WG-3 ($300) looks like a winner when it comes to some trivial Jackass outings that involve strange stunts where water, speed, and freefall come together as one in blistering fashion.  It’s pretty shock proof.  It can be submerged for those who prefer to swim with sharks, and most of all, it boasts a much needed altimeter, depth finder, and compass all featured on a separate LCD display.  Another cool bonus is its LCD flash ring positioned around the lens for some impressive macro shots and facials, but let’s not forget to include 1080/30p and 720/60p video capability to construct some dazzling YouTube ventures.  The body design appears to have been genetically spawned from portable GPS navigators, so it should feel pretty care free to hold and toss amongst your peers.  Comes in a few colors too!