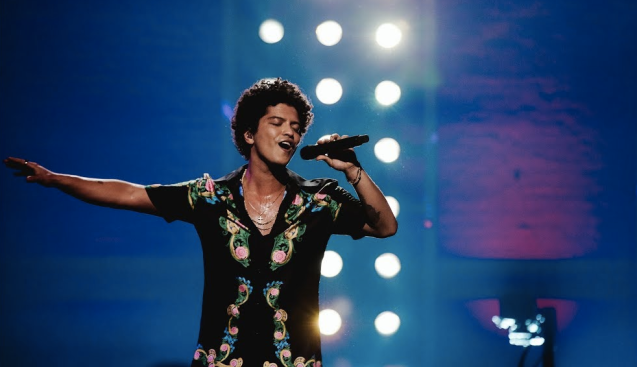 In case you missed it, CBS (channel 2) just aired Bruno Mars Live at The Apollo Theater, and it was some of the best I’ve seen as far as live performances go.  In astonishment, the event was also broadcasted in 4K picture quality, which is four times the image quality of a Blu Ray disc.  You will need a 4K-ready TV to see the spectacular clarity and detail that the technology offers.

Bruno and his band left the crowd seatless through the entire extent of the show as a smash-army of raised hands blanketed the lower portion of the screen with girl after girl singing lyrics out loud, in between the oohs and the aahs.   Their stage tactics are so reminisce of the Minnesota-based group Morris Day and the Time, made famous in Prince’s auto-biopic Purple Rain.   Unfortunately, their was a barrage of commercial after commercial after commercial between every song, which left Bruno plenty of time to crank out a new wardrobe for each number.  I guess you get what you don’t pay for as far as free TV goes.

It was great to see and hear some quality musicianship along with some stellar vocals by Mr. Mars in the heart of NYC, UPTOWN BABY, YOU KNOW WE GET DOWN BABY !  -Harlem USA.  And what better way to close the show with “Uptown Funk You Up!”

It was a pleasant surprise of programming compared to the usual hour long crap of crime-solving melodramatic filth that usually embodies the wake of prime time regular, filtered, television.