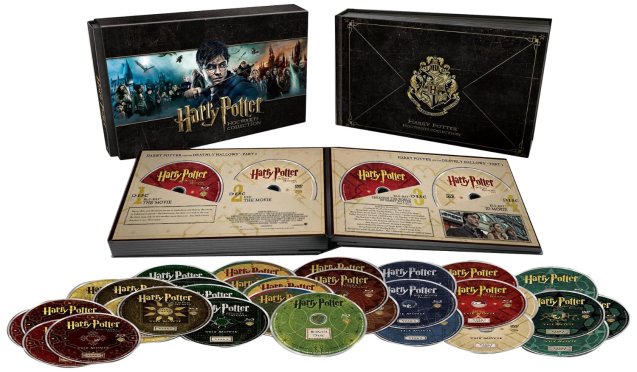 Harry Potter films can finally be put to rest.  The Harry Potter Horwarts Collection ($250) will drop this February (25th) as an Amazon exclusive.  It has 31 discs comprised of Blu-Rays and DVDs and they did not leave out one single piece of extra from all eight films.  If you just bought a collection, you can now kick yourself.  Amazing how those greedy film studios release the ultimate best after the holidays! (BASTARDS!)

Here’s what you get:

One thought on “The last Harry Potter movie collection you’ll ever buy- trust me!”