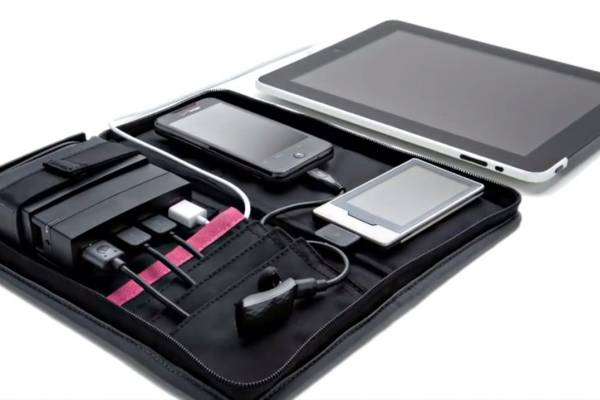 I need another charging station like I need a hole in my head, but this particular model has a clever little feature that accommodates an ultra slim 5000 mAh battery that is a clever hidden guise as a panel.  It looks like a cheap CD wallet, but inside lies a pretty elaborate charging station for up to 4 usb devices, but when you plug it in,  you will also be charging the charging station as well, so when you’re in a dead spot and left powerless, you can still have a power source for a few hours, depending on the device you have.  It is a new product by the heads at AViiQ, and it is simply called the Portable Charging Station ($60).  Each docking port comes quipped with a detachable cable organizer, so you wont be Mr. or Mrs. messy pants when removing devices.  Another feature on the plus side is that it also boasts a retractable usb cable so you can sync the entire station to the computer without disrupting the cables hookup.