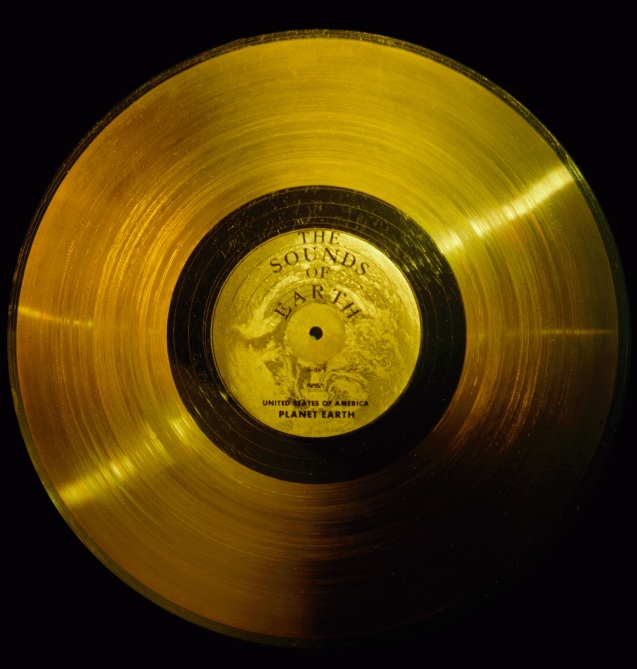 Expansive or expensive?  You decide.

Trust me though, an original copy of one of these will run you more than a test pressing of Elvis Presley’s “Love Me Tender.”

NASA pressed a few copies of these copper pressings aboard the Voyager I & II satellites to orbit the solar system.  What’s on it?   A re-edit of frank Sinatra’s “Come Fly With Me”-  NO NO,  just kidding.  I hope you didn’t fall for that old one, but it contained 61 different languages of the word greetings along with a nerdy intro by UN Secretary General Kurt Waldheim.

It is also not just a record.  It is also a pre-cursor to the laser disc (that big giant CD looking thing before DVDs hit and took over) that featured some color photographs and other relevant data about our planet digitally embedded right alongside the analog audio.

Also featured were some weird far off musical sounds from around the globe that supposedly represented our global culture in the seventies.  The record jacket was gold plated to withstand the elements.  On the flip side NASA provided some laser etchings of common abstract theories in physics and math- you figure it out! 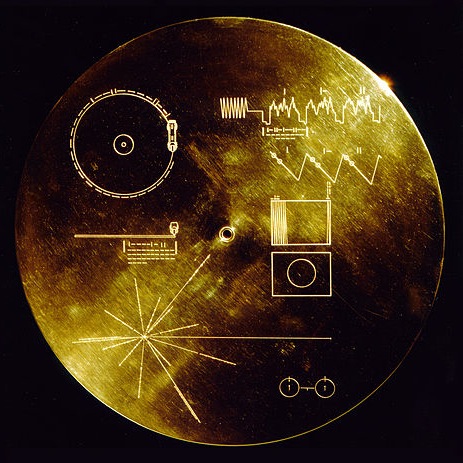 Anyway, there’s one on display at the Dulles International Airport in Chicago, and the recordings are officially public domain, so feel free to sample them for your next production.