Who are Criterion?  In case you’ve never heard of them, they’ve been collectively amassing some of the greatest films ever made into amended collector’s versions for home theater viewing, from laser disk to DVD to Blu-Ray.  If you want to save some dough by not enrolling yourself into film school, you should view their timeless library of cinematic gems that have graced the top ten lists of some of the most prolific cinematic minds of the century.  They have also managed to set the standard for audio/video transfer quality excellence and pretty much invented the term extras aka supplemental material.

A handful of my favorite directors faithfully allow their works to get the official Criterion stamp of release:  Wes Anderson, Terry Gilliam, Steven Soderbergh  to name a few, but sadly, there have been no Coen Brothers, Coppola, or Scorsese releases, most likely due to their big studio contractual obligations, but you will see the works of Kurosawa, Hitchcock, Truffaut, Orson Welles, and (who could not forget) Fellini, transferred and re-glorified into some pretty excellent packages.  Criterion has the knack of delving into multiple areas of interest pertaining to the film and dusting off some much treasured extras that have lied on  distant dusty warehouse shelves for ages, hid from the movie audience.  Not only will you get the norm of a director’s commentary, but you will be riddled with production stills, alternative trailers, archival making-of footage, and some rare insights into the inspirational sources for the production.  I remember one release that actually featured some rare location scouting footage prior to pre-production.

One of my favorite features of a Criterion Collection release is their poster-worthy alternative commissioned packaging cover art designs that feature some pretty intricate illustrations, with some even matted over rarely seen production still photos.  Since their media upgrade to Blu-Ray within the past few years, they have been continually cranking out many of these rebooted cover art designs, which really deserve a piece of the spotlight on a separate media platform of their own, so the curators at Criterion decidedly made a nice hefty coffee table read.  The official Criterion Designs hardcover book ($99) is finally compiled and ready for viewing in its 300+ pages of glory. 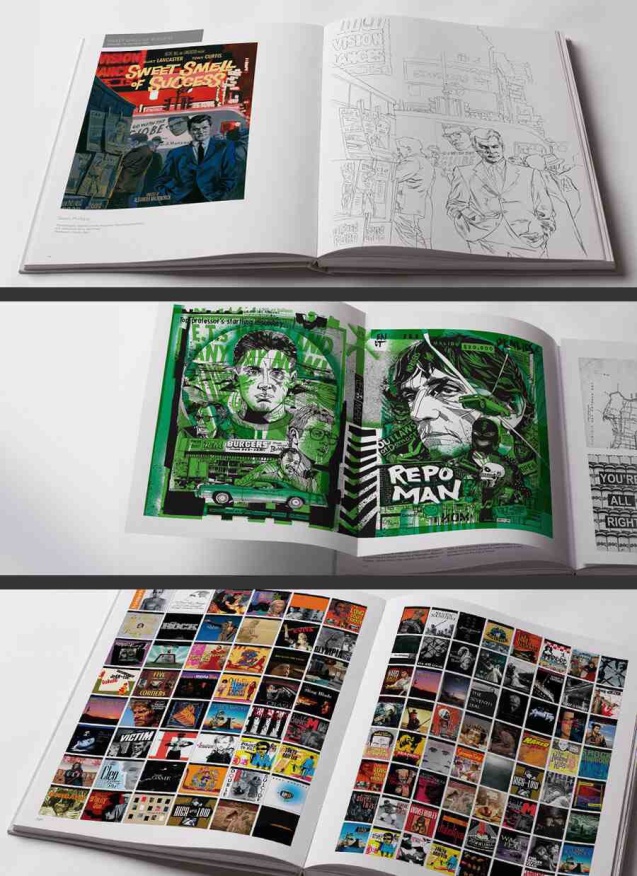